Half Man Half Boy
The average age of the army man is 23 years। He is a short haired, tight-muscled kid who, under normal circumstances is considered by society as half man, half boy. Not yet dry behind the ears, not old enough to buy a beer in the capital of his country, but old enough to die for his country.

He's a recent school or college graduate; he was probably an average student from one of the Kendriya Vidyalayas, pursued some form of sport activities, drives a rickety bicycle, and had a girlfriend that either broke up with him when he left, or swears to be waiting when he returns from half a world away। He listens to rock and roll or hip -hop or bhangra or gazals and a 155mm howitzer.

He is 5 or 7 kilos lighter now than when he was at home because he is working or fighting the insurgents or standing guard on the icy Himalayas from before dawn to well after dusk or he is at Mumbai engaging the terrorists। He has trouble spelling, thus letter writing is a pain for him, but he can field strip a rifle in 30 seconds and reassemble it in less time in the dark. He can recite to you the nomenclature of a machine gun or grenade launcher and use either one effectively if he must.

He digs foxholes and latrines and can apply first aid like a professional. He can march until he is told to stop, or stop until he is told to march. He obeys orders instantly and without hesitation, but he is not without spirit or individual dignity. His pride and self-respect, he does not lack. He is self-sufficient। He has two sets of combat dress: he washes one and wears the other. He keeps his water bottle full and his feet dry. He sometimes forgets to brush his teeth, but never to clean his rifle. He can cook his own meals, mend his own clothes, and fix his own wounds. If you're thirsty, he'll share his water with you; if you are hungry, his food. He'll even split his ammunition with you in the midst of battle when you run low.

He has learned to use his hands like weapons and weapons like they were his hands। He can save your life - or take it, because he's been trained for both.He will often do twice the work of a civilian, draw half the pay, and still find ironic humor in it all. He has seen more suffering and death than he should have in his short lifetime.

He has wept in public and in private, for friends who have fallen in combat and is unashamed to do so।

He feels every note of the Jana Gana Mana vibrate through his body while at rigid attention, while tempering the burning desire to 'square-away' those around him who haven't bothered to stand, remove their hands from their pockets, or even stop talking। In an odd twist, day in and day out, far from home, he defends their right to be disrespectful. Just as did his Father, Grandfather, and Great-grandfather, he is paying the price for our freedom. Beardless or not, he is not a boy. He is your nation's Fighting Man that has kept this country free and defended your right to Freedom. He has experienced deprivation and adversity, and has seen his buddies falling to bullets and maimed and blown. And he smiles at the irony of the IAS babu and politician reducing his status year after year and the unkindest cut of all, even reducing his salary and asking why he should get 24 eggs a week free! And when he silently whispers in protest, the same politician and babu aghast, suggest he's mutinying! Wake up citizens of India! Let's begin discriminating between the saviours of India and the traitors! 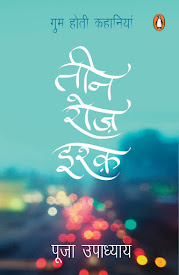 Puja Upadhyay
Bangalore, Karnataka, India
I love playing with words,they have been my friends for life. This blog is an extension of myself... Some day I will make a movie...or a couple of them...and write a book...and do so many things... इक जरा सी जिन्दगी और करने को इत्ता सारा कुछ. Update in 2015: Wrote a book. 'Teen roz ishq- Gum hoti kahaniyan', published by Penguin. Available online and in bookstores. 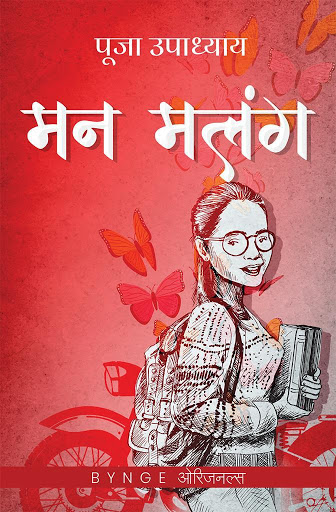